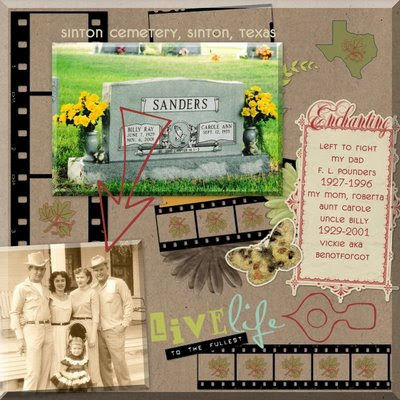 Billy Ray Sanders went to be with the Lord on Tuesday November 6, 2001. He was born on June 7, 1929 in Sodville, Texas to Romanious Alfred Sanders and Ida (Schmalstieg) Sanders. He lived all of his life in the Sodville/Sinton Area. Billy was a farmer and a retiree of Reynold's Metal Company. He was an active member of the First Baptist Church and a member of the Masonic Lodge in Sinton. His hobbies were golfing, gardening and cooking, which he loved to share with his family & friends. . . . Billy was preceded in death by his parents and his brother Romanious Alfred Sanders, Jr. (Roe). . . .