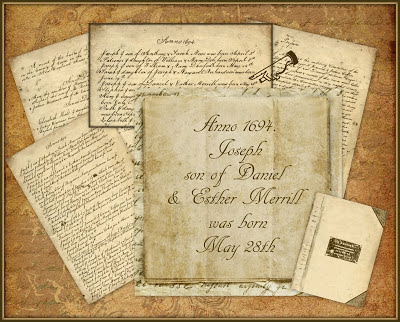 
On this date in our family history . . . the 14th day of May . . . in the year 1667 . . . Elizabeth Frost marries William Gowen in Kittery, York County, Maine . . . this William Gowen (sometimes called Smith) is one of the Scottish prisoners captured in the Battle of Dunbar and exiled to America . . . and this Elizabeth and Williams are 9th great-grandparents of the Keeper of this family history blog . . .


Dallas Morning News, May 12, 1902. Bell County Killing. . . . Special to The News. Belton, Tex., May 11. -- John H. Connell, one of the oldest and most highly respected citizens of this city, died last night from the effects of a knife cut. The knife struck him in the left arm, severing an artery and passing on out almost to the hollow about the heart. His son, John Connell, was arrested, and is now in jail.


JOHN H. CONNELL DEAD
Of wounds Which Were Inflicted by His Son.

This is the most deplorable tragedy that ever occurred in this community. The facts leading to the sad affair as they can be gathered are that the father and son had gotten into a dispute over some trivial matter when the son gave his father the lie, whereupon he slapped him in the face. The son at once drew his knife and cut his father in the arm between the shoulder and elbow, severing the brachial artery which caused so much loss of blood before medical aid could be had that death was inevitable.


Mr. Connell served throughout the war as a Confederate soldier and was conspicuous for his daring and bravery. He leaves a wife, three sons, two daughters, and many relatives to mourn his death. He will be laid to rest at 4:30 o'clock this afternoon in the North Belton cemetery. Funeral services conducted by Dr. H.A. Bouslard. 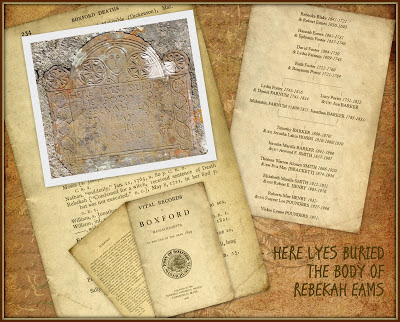 On this date in our family history . . . the 8th day of May . . . in the year 1721 . . . Rebekah Eams nee Blake dies in Boxford, Massachusetts . . . and is laid to rest in the Mount Vernon Cemetery . . . In the witchcraft excitement of 1692 Mrs. Rebecca Eames was accused, tried and condemned to death, but after being imprisoned for 7 months in Salem jail she was released and lived some 20 years thereafter. . . . this Rebekah is a 9th great-grandma to the Keeper of this family history blog . . . as well as a 9th great-grand-aunt . . .

Note . . . the photo of Rebekah's headstone is courtesy of findagrave contributor, Bill Boyington . . . 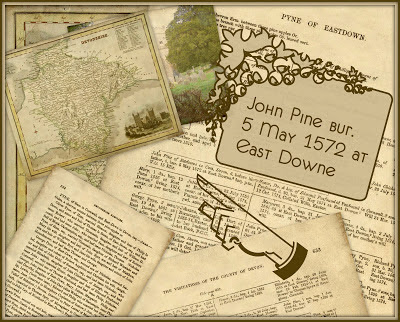 Chart from
The Visitations of the County of Devon
(Google eBooks)