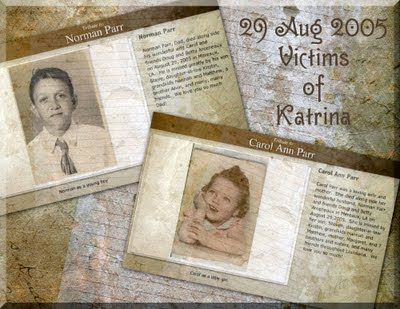 Norman and Carol Ann (Mulholland) Parr are the late in-laws of one of my New England cousins -- actually a 2nd cousin once removed. I re-established contact with cousin Kristin in 2009 by way of Facebook, after basically being out-of-touch with that entire branch of the family for an entire decade. She had posted a note on her Facebook page in memory of her deceased in-laws (a family story previously unknown to me). I did some research on Google, and found numerous articles mentioning the Parrs, who had apparently been invited to share the home of friends in the face of the impending storm. I also found tributes posted by their son, who shared these photos of his parents. Remembering with and for them . . .


On this day in 1836 . . . in the extended branches of our family tree . . . Philip Sublett nominates Sam Houston for president of the Republic of Texas. Sublett, a Kentucky native, had participated in the battle of Nacogdoches in 1832 and was a delegate to the conventions of 1832 and 1833. In 1835 he was elected chairman of the San Augustine Committee of Safety and Correspondence. On October 6 he submitted a resolution appointing Houston commander-in-chief of the forces of San Augustine and Nacogdoches until the Consultation should meet. Sublett was commissioned lieutenant colonel in October and in December 1835 was present at the siege of Bexar. He returned to his farm east of San Augustine after the battle of Concepción. Sam Houston resided in Sublett's home while recuperating from wounds received at San Jacinto. Sublett died in San Augustine on February 25, 1850.

FYI . . . Sublett was a brother-in-law to our Mahala, who is a 3rd great-grandma to the Keeper of this family history blog. 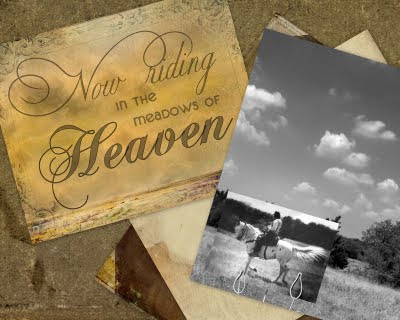 In the meadow of life
My acre of heaven . . .
In a place called home
Sailing the waves of past . . .
Rocking chair without a dreamer
A wooden swing without laughter
Sandbox without toy soldiers
Yuletide without the Flight . . .
Meadows of Heaven . . .
by
Nightwish
. . . . . . . . . .

Over the pallid sea,
and the silvery mist of the meadows.
Silently one by one,
in the infinite meadows of heaven,
Blossomed the lovely stars,
the forget-me-nots of the angels.
Longfellow

On this date in our extended family history . . . the 14th day of August . . . in the year 1872 . . . Joseph Vick of Lexington, Texas sat down to pen a letter to his Aunt Amanda back home in Oktibbeha County, Mississippi . . . this is just one in a series of letters to Aunt Amanda by kith 'n kin who left a war-ravaged Mississippi following the years of the war between the states . . . hoping for a better life in Texas . . .


I take my seat this evening to write you a few lines to let you know that we are not all well at this ? I had a chill abot a weak ago Mat has been having some chills but is not now Belle had one today for the first . . . Almost everybody out here has had some chills this summer but there is but very little fatal sickness I dont think that I have heard of a single case.


Crops are very good out here that is cotton I dont think corn is alltogether as good as it was last year cotton is better some people have gone to picking but it is so warm we will not commence until next week there is some ? worms? out here or was about a week ago but they have all disapeared and cotton is doing fine now


There was a man killed out here the other day named birdie by his brotherinlaw named lackey Lackey went to Birdie to borrow a horse to ride to town birdie had just been riding his horse and had came home and fed him he told lackey as soon as his horse got done eating he have him lackey went off some ? and got a horse went to town got drunk went back to birdie and told im he wanted a settlment birdie told him we didn't know there was any when lackey taken him by collar and birdie struck him lackey had his knife in his hand and struck him one lick in the stomach . . . and cut his insides out and then broke and run birdie had a younger brother in the house he got a gun and ? two or three caps at lackey but could not get it to shoot until he had got about one hundred yards don't know whether he hit him or not that was about night and on the next night he lackey stole a horse from his brotherinlaw Jack? Arendal? and left for parts unknown he is a desparate fellow and so was birdie They were both from Miss I think if lackey had been killed to I think the people would have been glad of it

Fun in the Sun 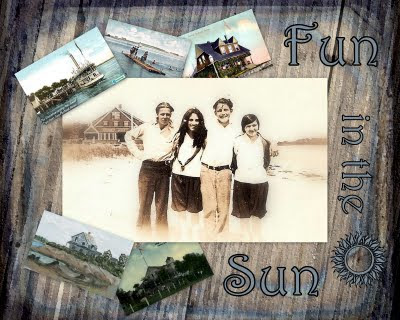 This is one of the family photos I would luv to be able to use for The Family Curator's Genealogy Photo Challenge for World Photography Day . . . first problem is the location is unknown . . . second minor problem is that it was taken somewhere in New England, presumably on the coast of Maine . . . and I'm in Texas! . . . anyway . . .


The photo I took for today for my photo-a-day blog was used to create a background texture that just called out for a beach collage of some sort . . . so I put this one together . . . the mini postcards show scenes from Peaks Island . . . and the young girl with the long dark curls is my maternal grandma, Elizabeth Marilla Henry nee Smith (1912-1932) . . . the names of her friends are not known . . . you are welcome to use this texture for a project of your own . . . just let me know so I can see what ideas you come up with!

Posted by BeNotForgot at Monday, August 08, 2011 No comments: