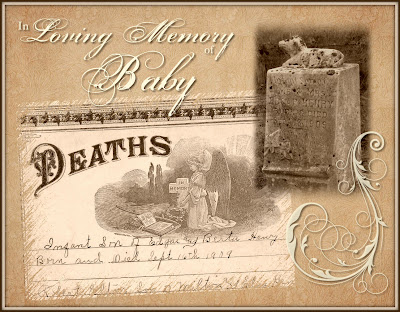 On this date in our family history . . . the 16th day of September . . . in the year 1909 . . . a baby boy is born in the Bethlehem community (Milam County, Texas) to Edgar and Berta Mary (Sharp) Henry . . . that baby dies the same day . . . and is laid to rest near his paternal grandmother in the Murray Cemetery in Milam County . . . this baby boy is a grand-uncle to the Keeper of this family history blog . . .

Posted by BeNotForgot at Tuesday, September 16, 2014 No comments: 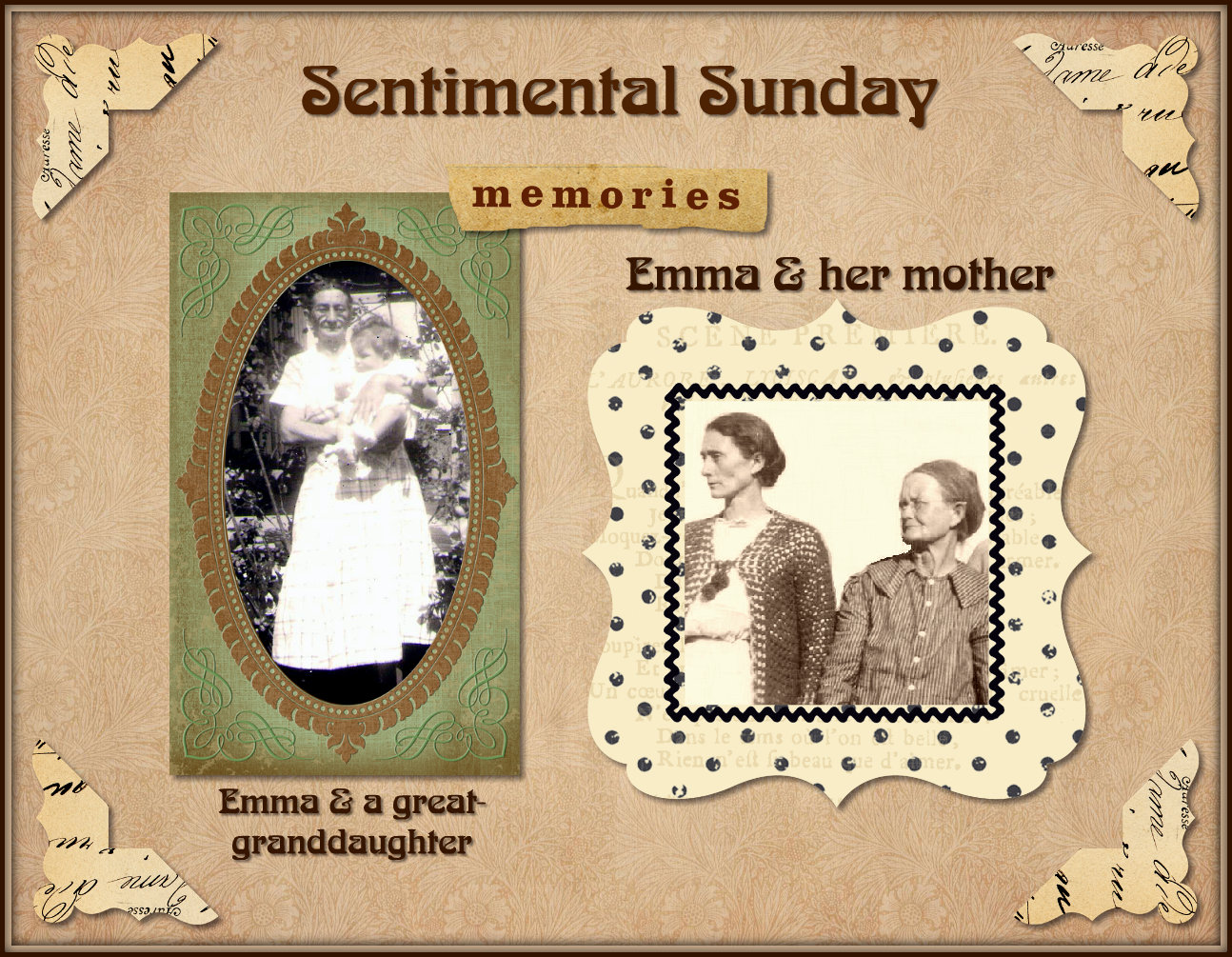 Posted by BeNotForgot at Sunday, September 07, 2014 No comments:

On this date in our family history . . . the 6th day of September . . . in the year 1676 . . . John Porter dies in Salem Village, Massachusetts . . . he leaves a widow, Mary, and several children, including a son named Samuel, who is a 9th great-grandpa to the Keeper of this family history blog . . . according to American Biography: A New Cyclopedia, Volume 5 edited by William Richard Cutter . . .

From England came John Porter, born in 1596 . . . he built his first New England home, and there he lived until 1644, when he removed to Salem, settling in that part now Danvers. He had other lands granted him in Hingham, and held several offices of trust, both by election and appointment, and as a deputy to the General Court, May 20, 1644, represented the interests of his neighbors of the Hingham district. He also held the then very important office of constable.

Although he bought the farm of Rev. Samuel Sharp, of Salem, May 10, 1643, he did not move to Salem until the following year, and his name does not appear in the list of members until 1649. The house which he built and occupied stood, no doubt, on the Sharp farm, near the site of the Unitarian church, and there remained until destroyed by fire about 1850.


He bought several tracts of land in Salem, built a saw mill, was a man of energy and influence, well known in the colony as a public official. He again sat in the General Court in 1668, representing Salem, and finally, on September 6, 1676, passed to his reward, at his home in Salem Village. . . .


John Porter left a will dated April 28, 1673, in which he divided his property among his children, after generously providing for his widow. . . .


In Reports of Cases Argued and Determined in the Superior Court of Judicature for the State of New-Hampshire, 1827, it is stated that an "adulterer and adulteress shall surely be put to death" . . . the same book has the following to say regarding fornication . . .

By an act of the colony of Massachusetts, passed in 1642, it was ordered, "that if any man commit fornication with any single woman, they shall be punished either by enjoining marriage, or fine, or corporal punishment." Col. and Prov. Laws 115.

By an act of the province of Massachusetts, passed in 1692, it was enacted, "that if any man commit fornication with any single woman, upon due conviction thereof, they shall be fined, &c. not exceeding the sum of five pounds, or be corporally punished by whipping, not exceeding ten stripes apiece." Col. and Prov. Laws 239.


As of this date, no record has been found of the date and place of their marriage . . . but the birth of their son, Joseph, was recorded as being the 28th day of May in that same year . . . this Joseph is a 7th great-grandpa to the Keeper of this family history blog . . . bet his parents never thought this tale would still be being repeated three centuries after-the-fact! . . . and don't you have to wonder who had the job of keeping track of dates of marriage as compared to dates of birth?!?

On this date in our family history . . . the 5th day of September in the year 1793 . . . the will of Henry Tate is probated in Campbell County, Virginia . . . aka Henry Tayte, this man is a 6th great-grandpa to the Keeper of this family history blog . . .

At A court held for Campbell County September 5th 1793- The within Last Will and Testament of Henry Tayte Deceased together with the Codicils thereon endorsed were proved by the Oaths of Sarah Williamson and Ann Williamson, two of the Witnesses hereto subscribed and Ordered to be recorded and on the Motion of Edmund Tate and Caleb Tate the Executors therein named who made Oath thereto as the law directs certificate to be granted them for obtaining probate thereof in due form - giving security Whereupon they together with James Callaway and Joseph Anthony their Securities ordered into and acknowledged their Bond in the penalty of one Thousand five hundred pounds conditioned according to law for the said Executors due and faithfully administration of the said Decedents Estate and performance of his Will -- Liberty being reserved the Executrix in the said Will being named to join in the Probate thereof when she shall think. Teste Ro Alexander CCC 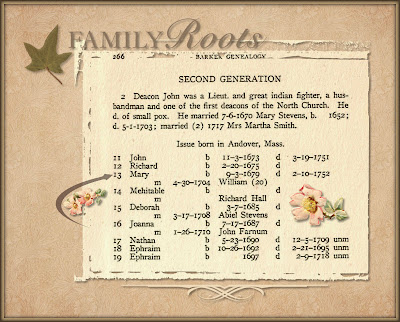