It is said of Mark Twain that he devoted his Sunday afternoons to a hobby in which he found great enjoyment . . . and profitability! . . . in her book entitled "Writing with Scissors", Ellen Gruger Garvey says that . . .


Mark Twain kept scrapbooks for various purposes, mocked scrapbook keepers in his writing, and invented a new type of scrapbook; he also altered and innovated the language for talking and writing about scrapbooks.


Mark Twain is in our family tree via several branches, but the closest known (at this time) is as a 4th cousin four times removed to the Keeper of this family history blog . . .

Posted by BeNotForgot at Sunday, November 30, 2014 No comments: 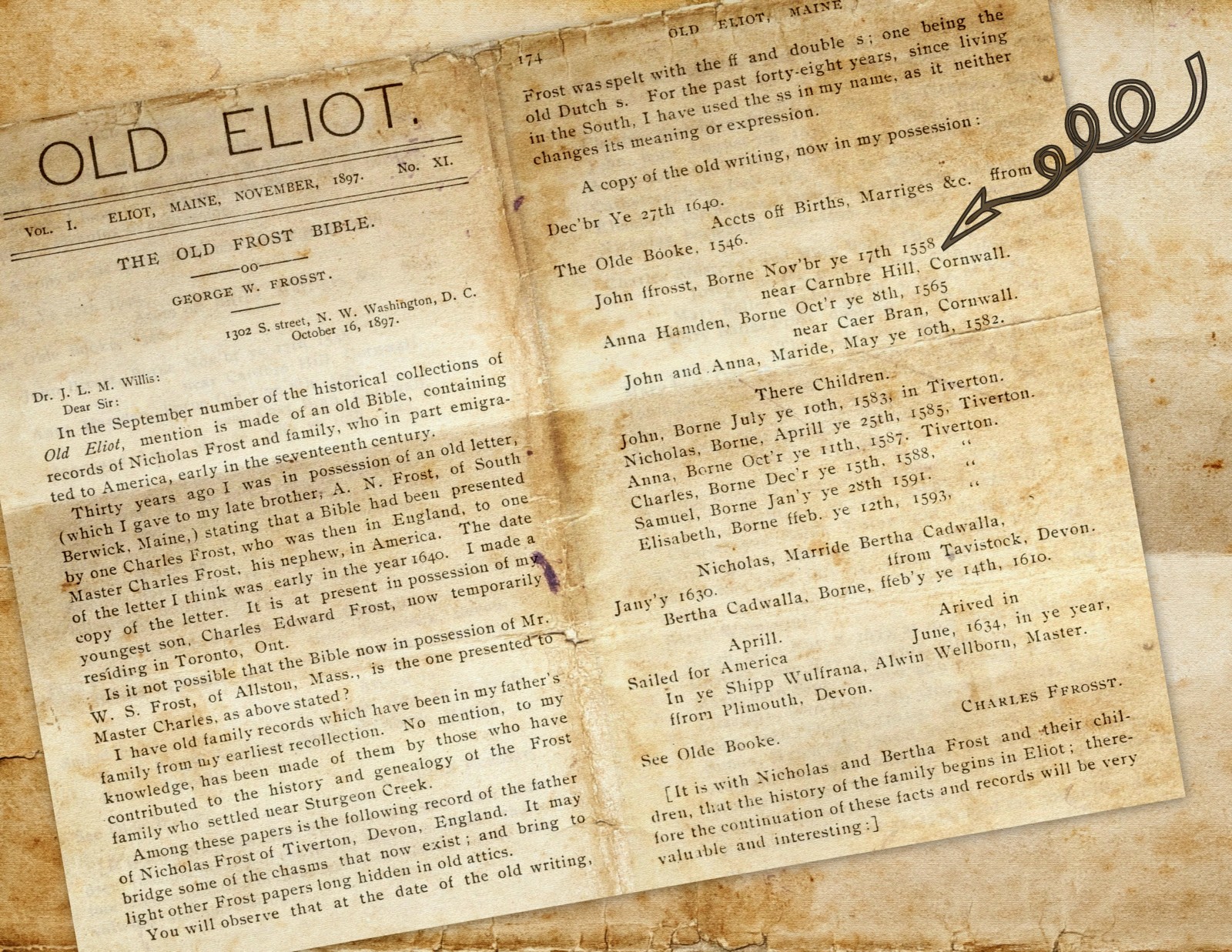 On this date in our family history . . . the 8th day of November . . . in the year 1834 . . . Grant Davis dies in Morgan County, Georgia . . . although his death occurs almost eight years before her birth, he is the paternal grandpa of Josephine Wingfield Henry nee Davis . . . who is a 2nd great-grandma to the Keeper of this family history blog . . .

Grant Davis is laid to rest in a small family cemetery near Brownwood (southwest of Madison) in Morgan County . . . and on his tomb is inscribed the following . . .

A righteous man is here inter'd.
Whose faith in all his works appear'd.
A husband and a father dear.
Belov'd by all who knew him here.
Redeem'd by Christ, among the just.
His spirit waits its rising dust.

Howl fir tree for the cedar is fallen.

Exactly thirty years later . . . and exactly one hundred fifty years ago today . . . Sherman is notifying his army that soon they will be leaving Atlanta to make a "March to the Sea" . . . beginning in mid-November, this military action will continue until Sherman's troops have cut a swath of destruction across Georgia and beyond . . .

The Josephine mentioned above was born and raised in Morgan County, Georgia . . . which is located just a short distance east of Atlanta . . . and directly in Sherman's path . . . although she was already living in Texas by the time of the war between the states, Josephine had many kith and kin still living in the Morgan County area when Sherman began this trek . . . including her own paternal grandma, Nancy S. Tate Davis nee Anthony (1783-1871) . . .

Regarding this land of my ancestors . . . according to a book by Louise McHenry Hicky . . . entitled Rambles through Morgan County, Georgia . . .


While these were trouble filled times, [most of] Madison was spared from the ravages of Sherman's raid, because of an act of Representative Joshua Hill, later distinguished U.S. Senator, who resided here. Riding out from Madison, in quest of a wounded son, he made a point of meeting Sherman on the way to plead with him to spare the town. He had known Sherman in Washington, and due to the fact that he was one of the few southern congressmen who did not believe in secession, his plea had weight with the General, and [most of] Madison was bypassed. . . .

The closing chapter of this same book says that . . .

This is Gone With the Wind country . . .

The world is still beautiful,
filled with wonders;
the sky is blue,
the flowers still bloom,
and birds warble in the magnolia trees. . . .

There was a time when peace reigned
and life was leisurely,
and beautiful
and romantic.
Then came a war between the States,
when all this beautiful living
was gone with the wind. . . .

On this date in our family history . . . the 7th day of November . . . in the year 1760 . . . 38-year-old Ruth Porter nee Foster dies in Boxford, Massachusetts . . . the following day, the 8th of November, would be the 16th anniversary of the day she had married Benjamin Porter in Andover, Massachusetts . . . this Benjamin and Ruth are 6th great-grandparents to the Keeper of this family history blog . . .

Benjamin's family history in Andover traces back to his 3rd great-grandpa, Job Tyler, who is said to have been living in Andover as early as 1639 . . . it has been said of this Job that . . .


"He was a rude, self-asserting, striking personality" . . . and that . . . He did not . . . "learn prudence very fast, but he was himself. . . . He did not shape his words to suit sensitive ears. He resented dictation and found it hard to restrain himself from what he wanted to do through any prudential policy. . . . From this old canvas there gazes steadily out, not an ideal but a very real personage, an out and out Yankee type."

At a Tyler Family Reunion held in Andover on Wednesday, September 2nd, 1896, the gathering was called to the old North Parish Church, where Job Tyler anciently paid "minister's rates," and where his sons, Moses, Hopestill and John, were early communicants.

At this gathering, songs were sung, organization business was taken care of, and genealogies and letters of regret, as well as poems were read . . . including the following excerpts from a lengthy poetic composition written in honor of our Job . . .

In Newport, quaint Rhode Island town,
way down upon the coast.
There landed from old England's shore,
of whom we can now boast

A "Tyler"; from o'er the sea came he
to the woods and lofty hills.
To found a home and family,
and 'scape old country's ills.

"Sixteen Forty," or thereabout,
he stepped upon the strand
And pitched his tent in an ancient town
now known throughout the land

As Andover, of scholastic fame,
whose influence is known
In Forum, Pulpit, Rostrum,
where Knowledge it is shown.

"Job" was his appellation,
a patient man, 'tis said.
This horny-handed ancestor,
now numbered with the dead,

Who delved from early morn till night,
he strove to make a name,
Respected, loved, esteemed by all,
but yet, unknown to fame.

To gratify his longing
he went from town to town,
To Roxbury, Mendon, Arundel,
before he settled down.

But he came back to Andover,
and here resolved to stay.
Where we revere his memory
on this September day.

The supposition is,
his bones a grave doth fill
In the little old-time burial yard,
not far upon the hill;

No stone doth mark the sacred spot
or record can be found,
But one, his first born,
who lies there beneath historic ground.

The trees do wave their requiem
above the sacred dead,
So we should grant our meed of praise
for the spirits that have fled,

And add our mite of reverence for
those who went before,
And visit, each and all, the spot,
before the day is o'er.

As is stated in that poem, Job's final resting place has been lost to the sands of time . . . thanks to those involved in the referenced gathering, our Job is now memorialized with a bronze tablet attached to a boulder in the Old North Parish Burying Ground in North Andover, Essex County, Massachusetts . . . that boulder was relocated from the old Tyler farm in West Boxford . . . and placed near the gravestone of his son, Moses . . . the memorial was dedicated five years following the above reunion . . . on the 4th day of September in 1901 . . .


This blogpost was researched and prepared specifically for The Sixth Annual Great Genealogy Poetry Challenge over at cousin Bill's blog which is known as . . . West in New England . . .