It is the 15th day of November in the year 1653 . . . and a long-ago scribe by the name of Robert Clemens (father of the bride) will record this date as being the day he presided at the marriage of his young daughter (about sixteen years of age) to John Osgood, aged about twenty-two . . . the new bride is Mary, and she has only recently become a resident of Andover, having lived in "the city of Coventry in Warwickshire, Old England" after her father left England about 1642 . . .

More than two hundred years later, one of Mary's great-grand-nephews would pen the following words regarding the love one would hope this Mary and John had for one another . . .


It is said that both Mary and John were born in "old" England, as were many of their neighbors and fellow settlers in the "New" England . . . 250 years later these early settlers of the Andover in New England were remembered in a poem (which also paid homage to the Andover of "old" England), when the following verse was composed by Annie Sawyer Downs in honor of the 250th anniversary of the settling of the "new" Andover . . .

And of the proud and noble fame
which through the years comes down
To flush the cheek, and thrill the hearts
throughout our ancient town,

For our own Andover so old,
and yet so young to-day,
Who ever to the mother land
will loving homage pay,

To an old borough on the Ande
is namesake, mental heir,
Which Saxon men called Andover
in English Hampshire fair. . . .

O, mother land, O, mother town,
when dark days on you fell,
And those you set in places high,
for gold and gauds dared sell,

The freeman's right to judge the Word,
to teach his simple child
That secret true of holy life
is Gospel undefiled;

And that to follow leaders blind
is weak and wicked thing,
For of the soul no prince, nor priest,
but God alone is king.

Then through thy quiet rural ways,
O, lovely mother land,
And in thine ancient city streets,
and on the north sea strand

Was heard a sound like wind at night
among the leafy trees,
Or ceaseless break on sandy shores
of never silent seas;

And which in great waves rolled along
to break at last in song.

"We go, we go, across the wave
As Israel went of old,
To seek a home and find a grave,
In strange and distant fold. . . .

Across the sea, across the sea,
Are valleys fair and lone,
And forests rich, and wild, and free,
Which yet may be our own,

And where, unvexed by bishop's rule,
Or envious tyrant's hate,
We with God's help, in wisdom's school,
May rear a noble state. . . .

Farewell, farewell, we may not wait,
Our ships are in the bay,
And though to-night the tide is late,
Before the dawn of day,

We shall fare off on shifting wave,
Watch line of fading shore,
The fairest shore God ever gave,
But home for us no more. . . ."


Mary and John survived that journey across the sea . . . and the early days of life in "New" England . . . they had at least twelve children . . . and had been married for almost four decades when, in the year 1692, Mary found herself to be one of the unfortunate residents of Andover who was accused of being a witch . . . and wound up spending almost four winter months in a Salem jail . . .

Upon her release, Mary would return to Andover, and would live on until October of 1710 . . . sadly, John died shortly following her release from jail in 1693 . . . and it is written that "His death is said to have been hastened by his grief at these sad occurrences."

This Mary and John are 9th great-grandparents to the Keeper of this family history blog  . . . and still today . . .

We faintly trace their farm lands' bound,
Their cellars' green and sunken round;
Their meeting house upon the hill,
The stones of their first water mill.

Seek records of their parish wide
Who first was groom, and who the bride;
Whose child first sat on Parson's knee,
Who first paid hated tithing fee.

Yet seek in vain; but one dim page
Is wafted to us from their age;
But one faint name on tombstone gray
Reveals their brief and bitter day. . . .

But still our loving fancy turns,
To many an ancient road,
Where aged houses lowly bend,
Beneath the centuries' load. . . .

Click on the following links for more info regarding Grandma Mary and Grandpa John, and their home of Andover . . .

This blogpost was researched and prepared specifically for The Seventh Annual Great Genealogy Poetry Challenge over at cousin Bill's family history blog which is known as . . . West in New England . . .


Posted by BeNotForgot at Sunday, November 15, 2015 No comments: 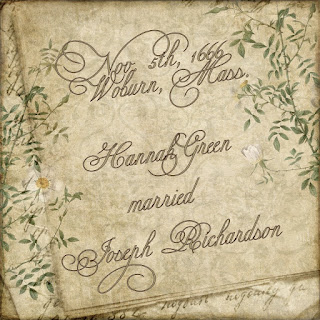 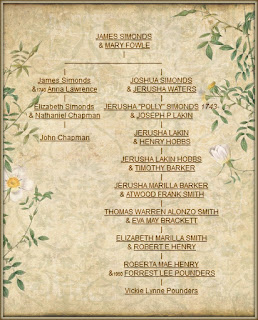 Posted by BeNotForgot at Thursday, November 05, 2015 No comments: 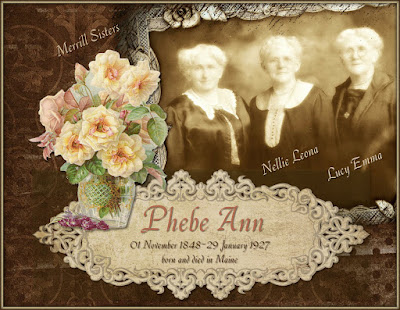 Posted by BeNotForgot at Sunday, November 01, 2015 No comments: