Samuel Brackett, the First in Berwick

Posted by BeNotForgot at Sunday, April 27, 2014 No comments:


On this date in our family history . . . the 20th day of April . . . in the year 1864 . . . William Thurston Merrill pens a letter to his daughter, Phoebe . . . at that time, William is sick in the U.S. Hospital at the New Orleans Barracks in Louisiana . . . and Phoebe is at home in Maine . . . this William is a great-grandpa, and Phoebe is the maternal grandma, of Elizabeth Marilla Henry nee Smith (1912-1932) . . . who is the maternal grandma of the Keeper of this family history blog . . . special thanks to our cousins, Ariana Bratt and Susan Snow, for sharing the following info regarding our William and his letter . . .

William Thurston Merrill went into the Civil War in 1861. He was a member of H Company 30th Volunteer Maine Regiment, which was engaged in Louisiana at Sabine Cross Road on April 8, 1864, Pleasant Hill on April 9, 1864, and Cane River Cross on April 23, 1864.

Williams's last battle was at Pleasant Hill, where 11 of his regiment were killed, 66 wounded and 71 missing. By the end of the war, his regiment lost 34 from wounds and 256 of disease. William, my (Ariana's) great-great-great grandfather, was one of those who escaped bullets and imprisonment to nearly die from disease.


William Thurston Merrill sent a letter to his family on April 20, 1864 as he lay in a hospital in New Orleans suffering from hepatitis at age 48. It is written with phonetic spelling which demonstrates that his hard life as a farmer left little time for formal schooling.

I now Seat myself to let you that I am hear and Best I found yet I have A nuf to eat and a good clean bed. I was in the Batle on the 9 and 10 at the plesent hill the hardest famr Battle yet the bulits flue Around my head like Hale Stones. We hed A March of 22 days was 400 Miles. We fell back toGrand dy chore red river. Was the gun boats loude. I hed the yellows and toock of dierre and one More man from Saco left on the 13 toock the boat for New Orleans I am gitting Smart

I hope you are all well. We left the riedg in line of battle. Have ben fiteen sens they ar havein A hard time. I think myself luckey to get Away and you may be so glad that bet like A fool I have rote once before tell Mouther to mind her calf done yet lousezy. Tell Daniel to plant all the potatoes he can and make the pig groe to 500 and fat the black cow. I will come home and help you eat it tell John I will rite to him soon tell if oald dick has so old me his farm And how kimpcy getting Along. I done want to foss is dog to bite my cows. You beter get tham in father pasture. You mite try the black cow and heffer A spell in the commons but loock out and have a pasture enny way. Daniel better help his grand father wat he can. I think he will fare the Beter. Kiss all the family for me so I must close new good by this from your father.

give my love to all the folks.

Posted by BeNotForgot at Sunday, April 20, 2014 No comments: 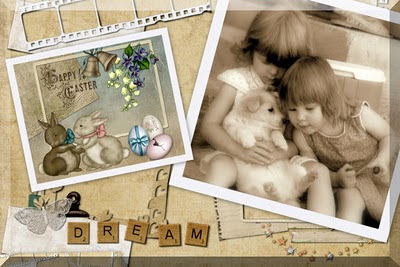 Posted by BeNotForgot at Tuesday, April 15, 2014 No comments:

Richard Kemball came to this country in the ship Elizabeth, William Andrews, master, in 1634. He appears to have gone, soon after landing, to Watertown, Mass. . . . Richard is said on the shipping list to be thirty-nine years old, but he was probably somewhat older. He was, however, in the prime of life, and soon became a prominent and active man in the new settlement. . . . He was proclaimed freeman in 1635, May 6. Was a proprietor in 1636-7. Soon after this date he was invited to remove to Ipswich, where they were in need of a competent man to act as wheelwright to the new settlement. Here he spent the remainder of his days. . . . excerpt from History of the Kimball Family . . .

Posted by BeNotForgot at Thursday, April 10, 2014 No comments:

Mr. Robert Mulican of Bradford: Ser pray make: for me Two Grave Stones; one for David Foster jeuner of Andover who died the 22; day of Dec; in the year of our Lord; 1736, in the 20th year of his age; the son of David and Lidea Foster of Andover.


And one for Lidea Foster the daughter of David and Lidea Foster of Andover who died in the 17th year of her age in the year of our Lord 1736 and, when they are made, send me word; and I will come and pay you for them.


And one for Isaac Foster; the son of Joshua and Mary Foster of Andover who died in the third year of her age in the year 1738. Pray send me word when it is made; and I will satisfye you for it.

Posted by BeNotForgot at Thursday, April 03, 2014 No comments: