This post is all because of Joan . . . who posted the following comment on my photo blog . . . Doggonit, Vickie, even your charts are works of art. I am wishing that you were my muse. . . . then it dawned on me that there is no reason to have a plain black and white kinship chart hanging there, when I can have a vintage looking chart that is actually pleasing to the eye . . . so I put one together this a.m. . . . and here's a copy for any of y'all who want to use it . . . and if you would also like to have a plain black and white PDF version, just send me an email asking for the PDF relationship chart, and I'll send one to you . . . benotforgot at gmail dot com . . . FYI . . . the accompanying text is freshened up a bit from a post that I originally shared more than ten years ago on my password-protected sites at myfamily . com [retired] . . . 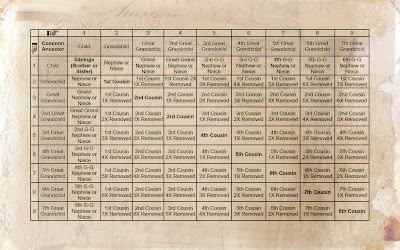 Click on the above chart to open an enlarged view in a separate window.


When the word removed is used to describe a relationship, it means that the two related people are from different generations.


To identify the exact degree of kinship between any two related people . . .


If you follow Samuel's Column #5 down until it intersects with my Column #9, you will find that I am the 4th cousin four times removed to this Samuel . . . who was sometimes known to use the AKA of Mark Twain . . .


I assume most of y'all use some type of family tree program that computes your relationships for you . . . I know I do . . . but I still like to keep this chart handy . . . for doing simple computations . . . or for verifying that I am remembering a relationship correctly . . . FYI . . . the following explanation of Grand and Great was found somewhere on the WWW . . . more than 10 years ago . . . I like the way it explains the greats and the grands . . . 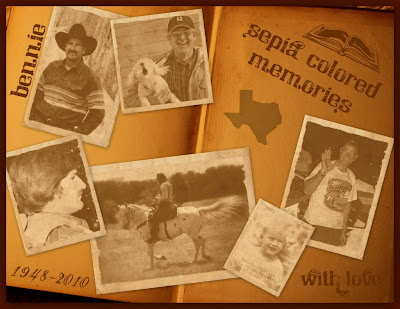