One year ago, in October of 2011, my youngest sister and I loaded up our about-to-be-80-year-old Mom and made a road trip from central Texas to the coast of Maine for an extended stay in a beach house at Old Orchard Beach . . . and afternoons spent gathering seaglass on Peaks Island . . . and mornings spent walking the paths of the Victorian garden cemetery overlooking the Saco River where Mom's young mother was laid to rest in 1932 . . . some of the photographic memories of those days have been preserved on the pages of a book created via MyCanvas at ancestry.com . . . a digital photo album entitled Memories of New England highlights the pages of that leather-bound book, which was presented to Mom for her 80th birthday earlier in 2012 . . . 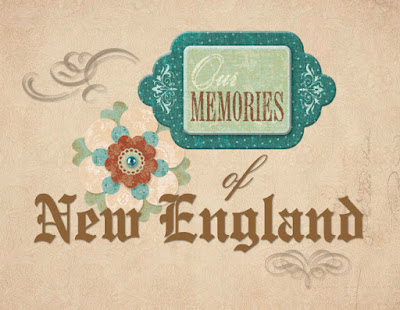 Our adorable Mom was born near Boston, Massachusetts . . . but spent most of her growing-up years with her paternal grandparents in central Texas . . . her Father had left the dry dusty farmfields of West Texas in 1927 to join the Navy . . . and wound up spending time along the coast of Maine with one of his shipmates . . . where both of them met their future wives . . .

Mom was talking just this morning about wanting to print copies of her photos of that trip, and share them with family members . . . she doesn't know it yet, but with this post, I am doing the sharing for her (sorry, Mom!) . . . remember that ALL of the photos in the following albums were taken by Mom with her digital camera . . .

TO MAINE AND BACK THRU MOM'S EYES . . . this album contains images captured by Mom along the road . . .

Posted by BeNotForgot at Sunday, September 30, 2012