And, lo, the angel of the Lord came upon them, and the glory of the Lord shown round about them: and they were sore afraid. And the angel said unto them, Fear not: for, behold, I bring you good tidings of great joy, which shall be to all people. For unto you is born this day in the city of David a Saviour, which is Christ the Lord. And this shall be a sign unto you; Ye shall find the babe wrapped in swaddling clothes, lying in a manger. Luke 2:9-12 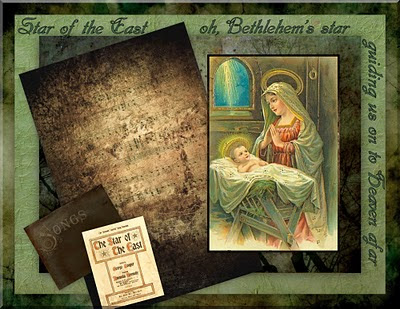 Once upon a time . . . back in the 20th century . . . the words printed above were read by a school-age narrator during the annual Christmas pageant in my hometown of Rockdale, Texas . . . this was a pageant traditionally held in the auditorium at Rockdale High School . . . I was an 8th grader (final year of Junior High) when the following excerpt from a full write-up regarding the 1965 Christmas pageant ran in the local newspaper . . . the Beverly and Joe mentioned below were my classmates . . .

The Rockdale Reporter, Rockdale, Texas, December 16, 1965. The Christmas Story will be told at 7:30 p.m. Friday by more than 200 junior-high school students when they stage their Christmas pageant in the high school auditorium. A highlight of the Christmas season in Rockdale in past years, the pageant will this year involve 211 students, according to Ernie Laurence, junior-high principal. The pageant will tell the story of the birth of Christ. Beverly and Joe will portray Mary and Joseph . . . The Rev. Frank Cady, pastor of St. John's Methodist Church and president of the Rockdale Ministerial Alliance, will give the benediction.

In previous years of participating in this pageant, I had portrayed an angel in the stable, kneeling at the manger . . . in 1965, I was a candlebearer . . . we wore white choir robes and were carrying lighted candles as we entered from the back of the auditorium . . . and we were singing Star of the East as we walked down the double aisles to the front of the stage . . .

Star of the East, Oh Bethlehem's star,
Guiding us on to Heaven afar!
Sorrow and grief are lull'd by the light.
Thou hope of each mortal, in death's lonely night!
Fearless and tranquil, we look up to thee!
Knowing thou beam'st thro' eternity!
Help us to follow where Thou still dost guide,
Pilgrims of earth so wide.

Star of the East, undim'd by each cloud
What tho' the storms of grief gather loud?
Faithful and pure thy rays beam to save,
Still bright o'er the cradle, and bright o'er the grave!
Smiles of a Saviour are mirror'd in thee!
Glimpses of Heav'n in thy light we see!
Guide us still onward to that blessed shore,
After earth's toil is o'er!


The Star Of The East 1918
Music by: Amanda Kennedy
Lyrics by: George Cooper
Website: parlorsongs.com

This song was originally published in 1883 as a piano solo reverie titled the Star Of The Sea. Almost 40 years later, Kennedy dusted the work off and reissued it with this new title with lyrics by George Cooper. Musically this song is identical to the 1883 work. All that is different is the addition of these lyrics and some repeats.

I also found one by Slim Whitman but it was no longer available as of 2014 . . . so I found one done by a granddaughter for her grandma . . .

Posted by BeNotForgot at Sunday, December 16, 2012

I'm not familiar with that song, but I am sure that was a beautiful sight to see all of you in white robes carrying candles down the aisles.

I've never heard this carol before. I listened to the fiddle version and I think it is beautiful. Thanks for sharing it with us. Perhaps next year someone will put a version on youtube that you'll like better.

Like Wendy and Nancy, I have never heard this carol before, but I enjoyed it very much. Thank you for including it on this year's event. Have a very Merry Christmas!