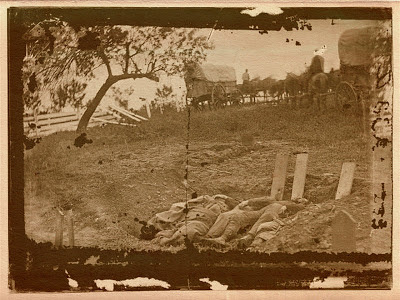 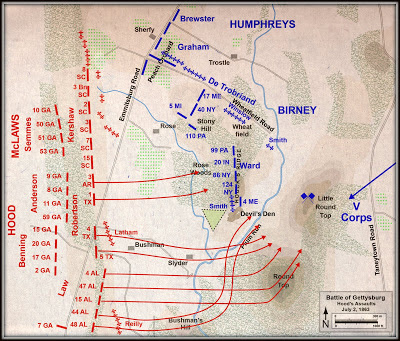 FYI . . . the map is from wikipedia . . . and the Library of Congress is the source of the photo of the "Unfinished Confederate grave near the center of battlefield of Gettysburg, July 1863" . . . it is from the Mathew Brady photo collection . . .