On this date in our family history . . . it was a winter's Tuesday in the year 1955 . . . the 6th day of December . . . when Berta Mary Henry nee Sharp died at her home on Scarbrough Street in Rockdale, Milam County, Texas . . . her funeral was held on the 7th . . . and her obituary was published in the local newspaper on the 8th . . . this Berta Mary is a maternal great-grandma to the Keeper of this family history blog . . . 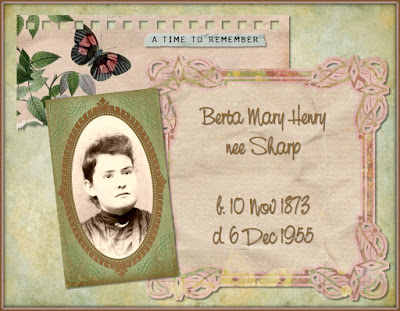 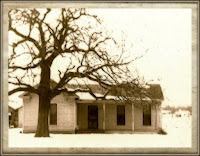 
In September she had an accident that left her with a broken hip for which she underwent surgery. Later due to shock and other complications of her system she became bedridden and the long illness followed. 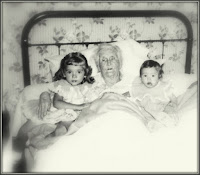 Mrs. Henry, as Berta Mary Sharp, was born in Houston county, Texas on November 10, 1873, the daughter of Sam and Nellie Lamar [sic] Sharp. She married Edgar Henry and had lived in and near Rockdale for approximately sixty-one years [sic], having in that time formed many close friendships. Her husband preceded her in death June 26, 1950.

Mrs. Henry was a member of the Baptist church.

Funeral services were conducted Wednesday at 2 p.m. from the Chapel of Phillips and Luckey Funeral Home. The officiating ministers were the Rev. M.M. Fulmer of First Baptist church and Rev. Graham Pugh of First Christian church.

Burial was made at Oak Lawn cemetery with six of the grandsons serving as pallbearers.

Posted by BeNotForgot at Sunday, December 06, 2015