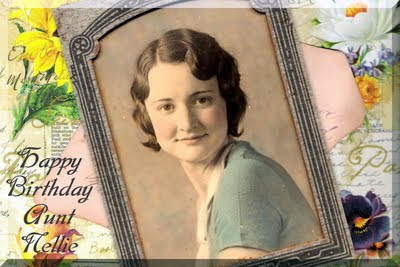 Nellie was the 8th of eight children known to have been born to my maternal great-grandparents, Edgar and Berta Mary (Sharp) Henry. She was named for both of her grandmothers -- Mary Alexandrien "Nellie" Sharp nee Lemaire (1843-1876) and Josephine Wingfield Henry nee Davis (1842-1899).

In 1938, Nellie married Alton Brooks Peebles, who happened to be a 3rd cousin once removed to the man Nellie's niece, Roberta, would marry in 1950. (I do not know whether they ever knew they were related!)