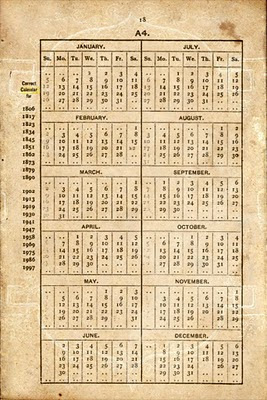 During the month of December . . . in the year 1902 . . . in the extended branches of our family tree . . . the Dallas Morning News ran at least 15 separate articles on the trial of one John H. Connell of Belton, Texas . . . who had been charged by indictment with the killing of his father in May last (May 1902).


This story was completely unknown to me . . . until I found it last week while browsing around in the online archives of the Dallas Morning News . . . and as of this date, I have not been able to make a connection with any living descendants of John Connell, Jr. During the course of this 1902 trial and subsequent appeal(s), the Defendant testified as follows:-

"I saw my father drive up that evening and noticed some children with him. He called out to Darling [Defendant's brother] to 'Come and get the papers.' At that time I had been to the gate and was coming back to the house after bedclothes, and was right at the southwest corner of the house. When he called to Darling I made the remark that Darling was sick and that I would get them. I turned then and walked out towards where he was to get the papers. As I walked up to the fence I asked him 'Where in the hell he stayed last night.' He said it was none of my God-damned business, and I said I thought it was, and he said, 'You are a God-damned lying son of a bitch.' By that time he started towards me. I was stooping, picking up the papers, and just as I raised he kind of grabbed at me with his left hand. I tried to dart back a little, but he caught me in the collar and struck at me and came at me with a knife, and in an instant as soon as I saw the knife I cut him. I had the knife buckled in a leather strap at my belt. I did not have on a coat or vest, and my suspenders were down. I struck my father to get loose from him and when I got loose I went immediately to the house. He turned me loose when I cut him. I did not intend to kill him, but I cut him to get loose because I saw he would cut me if I did not."

What a terrific "find!" I hope you'll post any additional information as you uncover it. Will look forward to reading the next installment.

If nothing else, this story serves as a reminder that there are ALWAYS more stories out there . . . just waiting to be found . . . thanks for stopping by . . .

I can't wait to read the rest of this story. What a great find!