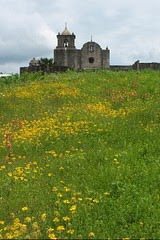 FANNIN JAMES W soldier and revolutionist b Georgia about 1800 d Goliad Texas March 27 1836 He removed to Texas in 1834 and in the Texas war of independence raised a company called the Brazos Volunteers In October 1835 at the head of ninety men he with Colonel Bowie defeated a superior Mexican force near Bexar and was soon . . .


Excerpt from The South in the building of the nation a history of the southern states designed to record the South's part in the making of the American nation; to portray the character and genius, to chronicle the achievements and progress and to illustrate the life and traditions of the southern people By Southern Historical Publication Society, Walter Lynwood Fleming