Ripples in the pool of life 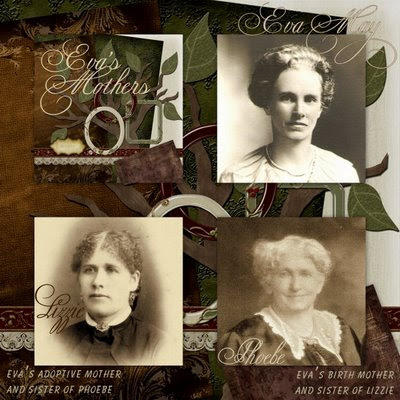 How long after you are gone
will ripples remain as evidence
that you were cast into the pool of life?
G.M. Bright


According to family tradition, 25-year-old Phoebe gave birth to a baby girl on the 17th day of January in the year 1874, presumably on the Merrill family home place in Maine . . . at that time, Phoebe had already been married and had a son, but for reasons we will probably never know, the new baby girl went home with Phoebe's older sister, to be raised by Lizzie* and Peter as their own daughter . . . that baby girl grew up to become the woman my Mom still refers to as her "Grammie Smith" -- Eva May Smith nee "Brackett" . . .


Eva was raised in the household of a veteran of the war between the states, who was himself a son of a Revolutionary soldier . . . as a result of her adoptive father's service in the Fifth Maine, Eva and her family had access to one of the sleeping rooms in the Queen Anne Style cottage built by the Fifth Maine as a reunion hall and summer cottage on Peaks Island . . . and there they went on frequent outings during the summers of Maine . . . 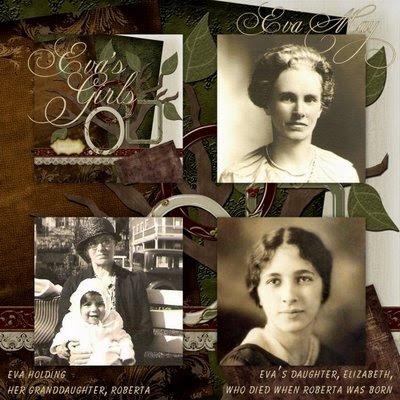 Roberta and her brother and father continued to make their home with "Grammie Smith" at least until the father remarried late in 1934 . . . Grammie Smith -- aka Eva May -- died in 1936 in Lynn . . . she was laid to rest beside her husband and daughter in Saco, Maine . . .

The ripples are still spreading, Eva . . .
Thanks for being a pebble in our family pool . . .


This blogography was prepared during National Women's History Month as A Tribute to Women for the Carnival of Genealogy which is being hosted over at Creative Gene.

*P.S. . . . the image of the lady identified as "Lizzie" in the collage (above) was shared by a cousin in Maine . . . this woman was identified as "Lizzie Merrill" but the cousin is not sure if it is the Lizzie who married Peter Brackett . . . please do contact benotforgot if you are able to positively identify this woman . . .

Yes, the ripples are indeed spreading! I enjoyed this so much, Vickie.

You mentioned in a comment to me not long ago that you created your scrapbook pages in Picasso. I've looked at my Picasso account and can't find a place to do this. Do you create them in something like Adobe Photoshop and then just put them in your blog and they are automatically added to the Picasso album of your choice?

I'd really like to try my hand at this if you'd be so kind as to give me a little more direction. Thanks, Vickie. You are a doll. Does flattery work? ;=)

Wonderful post, Vickie and I enjoyed your photo montages!

Reading again and still enjoying every word and beautiful picture! Thank you, Vickie, for sharing all of your "Ripples"!

Judith, thanks for sticking around for half a decade :) Texas misses you!