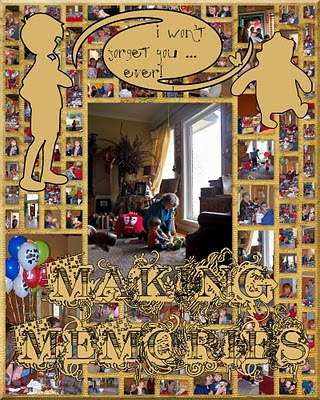 In our immediate family, the month of January is full of significant dates, including the birthdays of my Mom as well as one of her great-grandsons.

Those two particular events were celebrated in 2010 during a family gathering held the last weekend of January.


This collage (click to enlarge) incorporates some of the images I captured during that 2010 get-together (with most photos intentionally made small to protect the privacy of the living). That's my beautiful Mom and the birthday-boy in the center of this collection of memories.

What a great collage!

Fantastic collage, and the perfect "Pooh quote" to go with it.