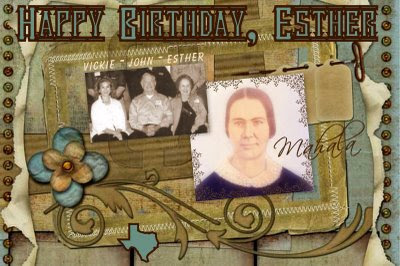 I was born in the Baptist Memorial Hospital on Lamar Street in Houston, Texas. I grew up in the historic Houston Heights. As a young child, I would go to town on a street car. My father Horace Edwin Hall worked downtown in a large furniture store. My mother had been a teacher before she married my Dad. I have her to thank for always teaching me. She read me a Bible story each night, and I would have to tell the story back to her. From this training, I became a good story teller which has blessed me all these years. My years of growing up were in the depression years. From this background, I learned the value of a dollar which has been another blessing for me. I attended jr. and senior high during World War II. May 1945, I graduated from John H. Reagan. I attended the University of Houston and got a degree in education. I taught school in Houston and married John Biggers in 1950. We had four children and they are all grown with each having many college degrees. I taught school for 34 years mostly here in Lake Jackson . . . first and second grades. I play the piano, sing in the choir, I am a clown, a Sunday School teacher, and member of four genealogical groups -- the DAR, DRT, 1812 and UDC. I have a strong loving faith in my Lord and Saviour Jesus Christ. He keeps me and guides me each day.


Most of what I know about Mahala and all of her kith 'n kin is because of cousin Esther . . . she is the one who introduced me to James Madison Hall (1819-1866) and his Journal . . . and there is a whole passel of us kinfolk who are most grateful for the time and effort she put into her research . . . and her extensive knowledge of our family history . . . and her willingness to share what she worked so hard to find . . .

Thank you for the tribute to my wonderful mother. We had a wonderful birthday celebration, and yes, she still tells great stories of our ancestors--in fact she told several during her birthday dinner! We played "pin the nose on Sunny Honey clown poster that my dad drew. There are very few people who do not know mom. She amazes me with her memory of most of our town citizens, and keeps up with their children and grandchildren. She lives genealogy every day as she acknowledges families of the past and present. I love my mother dearly. Debbie "Biggers" Smith