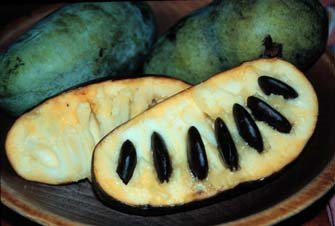 Little Zelma D. Nield was born on the 2nd day of April in the year 1910, barely in time to be included on the 1910 census with her parents when they were enumerated two weeks later -- on the 18th day of April -- in Biddeford, Maine.

On the same day and in the same neighborhood, Thomas W. A. Smith & Eva M. Smith are enumerated as living at 23 Prospect Street in Biddeford. Included in their household is their 5-year-old son, Thomas. Thomas' little sister, Elizabeth -- maternal grandma of the Keeper of this website -- would not arrive until October of 1912. Thomas and Eva are both listed as "florists."

Ten years later, on the 1920 census, Zelma D. Nield is enumerated on the 9th day of January as 9-year-old Dianthe Z. Nield. Elizabeth M. Smith appears as a 7-year-old living with her parents, her brother Thomas, and her maternal grandpa, Peter Brackett. Elizabeth's father is shown as having no occupation -- he has been in failing health, and is unable to work.

One month later, on the 12th day of February, little Elizabeth's father "asphyxiated himself with gas at his home . . . His lifeless body was found by his wife, sitting in a large easy chair, with gas escaping from a rubber tube, which was connected with the gas range in the kitchen and held close to his mouth. The end of the rubber tubing had been tied by Mr. Smith on his breast with the end about half an inch from his mouth. The end attached to the gas range had also been tied on, as Mr. Smith, who had made two other attempts to end his life, it is claimed, evidently wanted to make sure he would succeed this time."

Diantha's mother died not long after, and in the days and weeks and years that followed, Diantha and the slightly younger Elizabeth began to "chum together." One of their pastymes was the seasonal gathering of pawpaws. According to Diantha, that's exactly what they were doing (autumn of 1927 or 1928) when they struck up a conversation with two handsome young men on leave from the Navy -- Win Hooper (from Maine) and Robert Henry (from Texas).

Those old newspapers didn't leave anything to the imagination, did they! But probably by the time they were printed, everyone already knew everything anyhow. Did Thomas' suicide get handed down as a family story, or was it something you discovered while doing research?